Ever since Trump won the presidency, the Democratic Party and the media have been blitzing American and the world, none stop, with a campaign of misinformation that Trump and Russia colluded to throw the 2016 presidential election.

The day after Trump won, Clinton’s team gathered in her campaign headquarters for a meeting, and worked out a way in that meeting to sell to the world the ‘real’ reason why Trump lost. What did they come up with? That Trump and Russia ‘obviously’ colluded to rig the election. Rig in what way? Well, it’s been all over every news network in America, and many abroad, for over two years - so you probably know for yourself. Right? For the entire time of the election, the Clinton team, the Democratic Party, the media have been consistently shifting the goalposts. ‘They hacked the DNC servers and gave the emails to WikiLeaks’, ‘they gave Trump secret Kremlin opposition research’, ‘they influenced voters with a mass online media campaign’. And perhaps the most deadly piece of propaganda of all of it: ‘they flipped votes! The Russians hacked into the voting machines on election day, and switched the votes!’

The problem is there’s no solid evidence for any of it to prove collusion between Trump and Russia. There never has been. That’s why there are so many different purported crimes - because the goalposts keep shifting. The media has been fully swept up in the furoar of it. It’s WMD fever all over again. The media, like the rest of the Establishment on average don’t like Trump, but they love ratings. The Democrat party heads are extremely bitter that they lost the election, and are trying to delegitimize their loss and hurt Trump in any way possible, without actually adapting on policy.

It’s doing tremendous damage to the media and to the Democratic Party - they are killing their chances of ousting Trump and the GOP in 2020 by non-stop talking about Russia, and not evolving on policy. Whenever Trump tries to establish peaceful ties with Russia - the media, led by MSNBC and pundits like Rachel Maddow - call conspiracy. When he wants to pull troops out of Syria, they call it a Russia influenced conspiracy, and deem it unacceptable. The President is a Russian operative. And every month or more there’s another “gotcha” article from some major paper or news network that claims “Trump is done, it’s over, THIS is the smoking gun” etc, etc. Then nothing happens, and they often have to retract it. Trump has done very, very few good things, and everything potentially good he bungles it heavily somewhere. Don’t trust that any of the above for example are completely sound decisions, by far. But the Democratic Party and media is attacking Trump and criticising him from the right on several key issues, demanding more hawkish action, under conspiratorial charges. It’s alarming. xxx All while refusing to admit their party failings, and change to provide real solutions to problems.

“But what I am getting is - this all is building up to the Muller report, and has been raising expectations of a bombshell report… But people who are closest to what Muller has been doing, interacting with the special council, caution me that this report is almost certain to be anti-climatic…. We have seen nothing on the central question of was there any coordination, collusion, with the Russians in the effort to meddle in the elections. Or was there even any knowledge on the part of the President or anyone in his campaign, with what the Russians were doing?” Jonathan Karl, on ABC News’ This Week, last Sunday. Mr Karl joins the ranks of other journalists, like Bob Woodward, who claim they have looked high and low in their network of sources and found nothing, no real evidence, that points to Trump collusion. It is very likely that Trump and the Russians did not coordinate in any of the ways the media has been saying.

Did Trump and Russia ever have any illegal dealings? Almost certain! The magnitude of Trump’s ineptitude as a businessman is almost immeasurable. As his son has admitted, Trump has had huge finance deals on worthless properties be picked up by the Russians, to start. I would be incredibly surprised if Trump didn’t have massive illegal financial deals that Trump’s had with powerful Russian oligarchs, and perhaps the Russian government itself, over the years.

But the collusion? As Mr Karl, Mr Woodward, and many other professionals have been saying - if there were collusion, the evidence would be leaking everywhere. There’d be reams of proof. The US government records every single piece of electronic communication the country experiences. There’d be no stone unturned in such a critical matter of national security and the country’s democracy. Have Russia tried to interfere in America’s election? Probably, just like they heinously do in Britain’s and much of Europe’s elections. As we in the West heinously do elsewhere. But the Democratic Party heads, so embarrassed by the their defeat to the most pathetic candidate in the nation’s history, so determined not to do the one thing that would ensure Trump’s utter defeat - totally transform on policy - they cooked up a theory that the media swallowed whole. And has been regurgitating ever since. To the damaging of America. What will they do and what will they say if Mueller’s report comes up relatively empty?Let’s hope they can get back to looking at all this through the lens of actual journalism. Given that they haven’t done that in about 30 years, I won’t hold my breath. 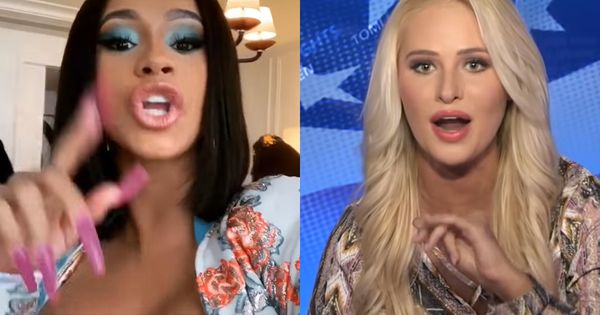 Tomi Lahren, conservative propagandist on Fox News decided to pick up the issue with Cardi B, via Twitter. Why Tomi? Why would you pick a fight with someone whose job is to clap back like thunder? 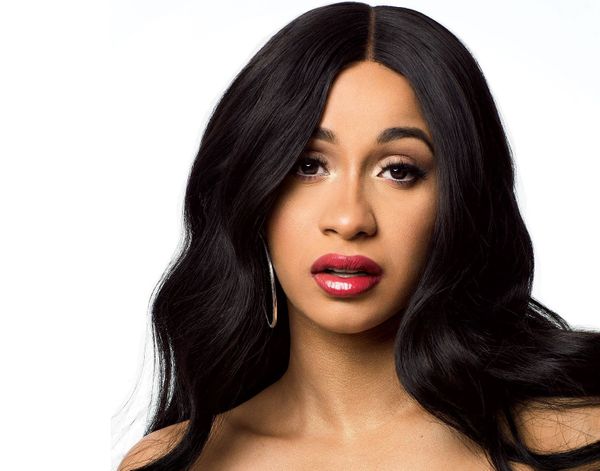 “This shit is really fucking serious, bro. This shit is crazy.” and it is. “I feel like we gotta take some action. I don’t know what typa action, cause this is not what I do… I really feel bad for these people that’ve gotta go to fucking work to not get motherfucking paid.”