It’s happening. Yesterday, Yahoo news reported that two sources inside Bernie Sanders’ inner circle have said he is about to officially announce he is running for president in 2020.

The signs have been coming for weeks with Bernie reportedly staffing up, doing more appearances around America, having a book coming out.

Honestly, I’ve said since the day Trump won the election in 2016 that Bernie Sanders would be the next President of the United States. I would be shocked if he didn’t announce this time. So myself and virtually the entire progressive base is excited to hear of Bernie’s impending announcement.

2020 is going to be big. This is our last chance to fight Climate Change before it’s too late, and desperate action is needed to prevent another financial meltdown, to revert the trend to nuclear holocaust that has been gaining strength around the world; to reverse the crushing and continued hoovering of wealth to the super rich from the poor and middle classes, to expand the circle of liberties to solve the many social justice and race relation crises.

The people are hungry for a real progressive who will take on the powers that be and bring them real change. They’re excited for Bernie Sanders.

True that the Democratic field is a lot more crowded this time than last, and no doubt Bernie will still have to prove his case - and in my opinion, become a lot bolder than even before - but he has some key advantages over the other candidates. Firstly, he has name recognition. Tonnes and tonnes of name recognition. Whilst I would argue he still in fact could improve on his policy-brand name recognition, he is worlds apart from when he fist announced 2015. Back then I bet even his own reflection didn’t recognise him, being on the outskirts of politics as he had been, despite being a senator. But since the primaries, he’s known across the country. Only Joe Biden and after that Elizabeth Warren have parity in this area, yet the next advantage will push Bernie ahead there.

He has the progressive bone fidus - the trust and admiration of the voters. Elizabeth Warren and Tulsi Gabbard have some very strong records on several issues, but on a few others they’ve either yet to prove themselves, have some problematic views, or their opinions aren’t well enough known yet.

Bernie however remains, as the recent independent polls have shown, the most popular politician in the country. An extremely important quality that will help him in the primary, but that is also key in the general election. A quality Hillary Clinton lacked in distinction, and it cost her, hard.

Bernie’s platform is also wildly popular since his 2016 run and all the work he’s done nationally since then to promote the issues. A strong majority of Americans now are in favour of Medicare for All, a $15 living minimum wage, ending the foreign wars, breaking up the big banks, taxpayer funded university tuition for all, and more.

His policies are mainstream now, and are bursting with energy in the general electorate.

But as I said, he’ll still need to prove his case. My advice to Team Bernie for a long time is to go bigger, and bolder. 2016 was an earthquake to the political world of the USA, we’ve never seen anything like it in living memory. But Bernie is going to have to top it, not just to win, but to truly bring about the political revolution he’s worked so hard to build. As I said, his 2016 platform is wildly popular - even if he just lays out the same policies, he’ll energise the youth and the rest of the base to get behind him. But if he wants to really again electrify that core progressive base, particularly the young, he’ll have to make his platform and his approach to dealing with the establishment as radical in 2020 compared to 2016, as 2016 was compared to all the years before.

See, what Bernie always wanted, rightly so, was for the movement he started to be self-sustaining. To bring millions of people into the political process with enough seed knowledge and excitement that they would thereafter go out and educate themselves, and push and evolve the movement. That’s what’s happened. The young are ravenous for change and to save their future. They are further left than before, and they’ll suffer no latency, softballing or anything but ultra-modern competitive tactics, when it comes to taking on corrupt in politics. They want real socialist policies and they want them now.

In addendum, a lot of the base also were hurt when Bernie chose to endorse Hillary Clinton in 2016 when she won the primary, so as to help her fully combat Donald Trump. I agree with his choice, and think it was a terribly bitter pill for us all to swallow, but definitely the right thing to have done. But I have disagreed with his approach to the Democratic Party afterwards.

I think as straightforwardly against corruption/the establishment as he was against Hillary Clinton in the 2016 primaries, so should he have been with the Democratic Party since then.

Openly calling out the party and its leaders for sticking to centrism and corrupt money, being even more frequent and bold in his endorsements of new candidates running for office and primarying establishment Democrats. And a couple other ideas, too.

I think that kind of movement-building is what the core base were looking for after 2016, and whilst Bernie certainly worked damn hard in that time and has had a lot of success policywise and in terms of getting progressives elected, I think the base has been looking for something different and something more.

He’ll have to bring that energy and crucially those tactics, to make Bernie 2020 the phenomenon it needs to be.

But I am supremely confident that he believes in all those needed ideals, and so with the right team and right ideas early on in the campaign, it can happen.

People have been expecting and waiting for Bernie to announce for a long time. Indeed, with several other progressives in the race, people have been wondering why it’s taken Bernie so long to announce? Though as a quick reminder, actual voting for the primary doesn’t start till a year from now, and then the general election will be six months after that, in November. American elections are long.

Well, according to the two anonymous sources inside the senator’s team, Bernie was convinced in recent months that he is still popular enough to run thanks to recent polls showing him as the most well liked figure in US politics. Including polls showing him as more popular with African Americans and Latinx than white voters. Now, that’s great and indeed those polls are absolutely right - in fact, this has been the case for Bernie for virtually his entire time on the national stage. But honestly, it worries a little that he and his team didn’t know that already, at least enough not to have a new set of polls needed to confirm it for him.

One of the key things that caused Bernie to lose the 2016 primary is a lack of modern thinking and modern tactics in some areas. Don’t get me wrong, in a lot of big areas Bernie’s 2016 campaign was, literally, revolutionary. But in some others, his team dropped the ball. The devious and deceitful tactics, and sometimes good politicking too, of the DNC, the establishment and the Clinton campaign that in the end knocked Bernie outta the race could have been countered with smart, simple and hustling tactics myself and others in the progressive movement were talking about at the time.

He’ll need that kind of thinking to win this time for sure, and more importantly to affect the broader changes he wants for the nation and the world, as president. But with him not already knowing what again myself and all the other progressive analysts with their ear right to the ground have been saying for a while - that it’s obviously, by the numbers always been true that Bernie has been more popular with PoC than white voters - then they may not be as geared up in their thinking and their understanding of the progressive movement as it stands as they need to be. Let’s hope I’m damn wrong.

Finally, and building on those above points, the powers that be will pile on Bernie in full force to sink his ship. This election is going to be vicious.The only semi-valid point they’ll put on him is his age; indeed he’s 77 now, and would be 79 on the day he takes office, if he wins. But firstly, he’s only one year older than Joe Biden - an absolute establishment favoured, whose age is never questioned. Secondly, the standard often quoted for being able to handle the presidency age and energywise is that if you can energetically handle the campaign no problem, you’ll handle the pressure and demands of the White House. No one campaigned harder than Bernie in 2016, and he’s been running all over the country since then. His doctor gave him a solid bill of health before, let’s see if he does it again.
Other than that, the media - in absolutely unfounded fashion - will falsely and maliciously label him a sexist, anti PoC, a no nothing radical, not able to win against Trump (when he’s the best, most able to), etc, etc. They’ll try and say he’s illegitimate to run as a Democrat, that he’s not for other Democrats, etc, etc.

Make no mistake about it, they'll throw every illegitimate thing at him they can get away with to stop him and real change coming about. He's who they fear.

To echo the words of another fighter and changemaker in American politics - we welcome that hatred.

This is going to be fun. 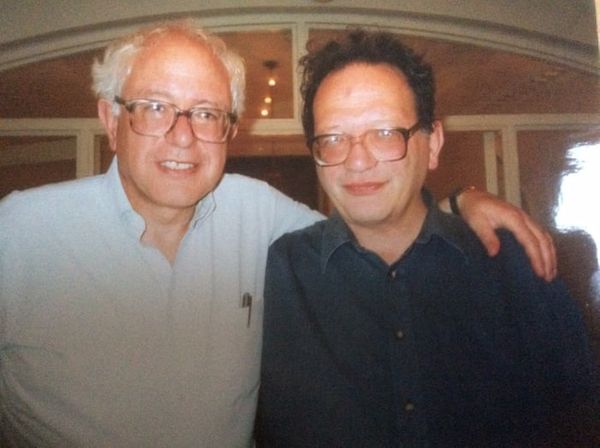 "Bernard is capable of the most astonishing hard work... he will do it." Larry Sanders, brother of Bernie Sanders, sat with me for a conversation about his brother's 2020 run and more. 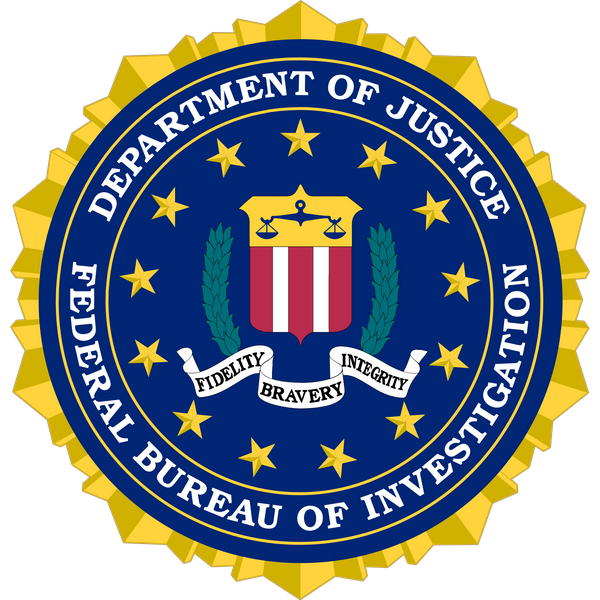 Close friend and advisor of Trump has been arrested by the FBI - but has the media gotten it right as to why he's been charged, and what his arrest means? I analyse the situation as the eel has been caught.