In the fight for $15, one of the absolute biggest blockaders has been the great wage-theft tyrant themselves, Walmart. Planet Earth's biggest private employer, they are one of the wealthiest companies in the world, whose heiring family is worth more than $60bn - yet many of their employees are on food stamps, earning poverty wages. Even though they work full time.

The corporation pays little corporate tax, busts unions, and hands out government benefit-application forms with their recruitment forms, when they higher new staff, to name but a few of their many disgraceful practices.

They have been one of the absolute strongest bastions of corrupt and greedy capitalism, and have consistently refused to pay its workers the national living wage of $15 hr, with their current minimum since 2009 being $11 hr.

That was until they met Bernie Sanders.

Sen. Sanders of course for years has been the leader, amongs a cadre of fighting progressives like AOC, like Ro Khanna, like Elizabeth Warren, the Green Party, and countless national volunteers, on raising the minimum wage to a living one - as well as fighting for a host of other worker-backing proposals for America. Thus, Walmart has constantly been one of the hot words on Bernie Sanders' lips, and the target in his crosshairs, in his national campaign to fight for a living wage.

Finally then, after years of campaigning, he was invited - by the workers themselves - to meet with the Walmart leaders, at their shareholders meeting. Today, Bernie Sanders told Walmart that it pays its workers "starvation wages", and that they need to up their hourly rate, among fixing other things.

He presented them with a plan he aims to roll out nationally, should he win the presidency in 2020 and have his way in Congress, to make up to 40% of the board of directors of all major companies be direct representatives of the workers. This is already the standard in countries like Germany, and for America the scope and power of this proposal is gigantic. As predicted, initial reaction and comment by some members of the board was polite disdain and dismissal.

Well, to the shock of the corporate and political world, Walmart CEO Doug McMillon came out today and said that in order "to avoid unintended consequences" it is “time for Congress to put a thoughtful plan in place”, and that the current federal minimum wage of $7.25 hr is "too low".

“It’s clear by our actions and those of other companies that the federal minimum wage is lagging behind," McMillon added, in front of Walmart shareholders and employees at their annual meeting in Arkansas, today.

This is indeed a big shocker for the business and political landscape of America - Walmart's size means its decisions can have rippel effects on other employers and the rest of the market. Plus, big corporations have long and tightly held a grip on US lawmakers, meaning what they say goes - and they've been saying for a long time that corporate greed comes miles ahead of anything else, least of all raising the minimum wage to a meagre living one.

"Unintended consequences" is the key phrase here. To every single brainless and often biased corporate media pundit and centrist politician that has said in recent years that 'Bernie Sanders has never achieved anything' or that 'Bernie Sanders doesn't know how to get his agenda passed': this is the reality. This is hardball. This is politics. This is what Bernie Sanders knows and knows well - instead of starting the debate by compromising with the insanely right-wing and corporatist players of today, you threaten to crush them in the court of public opinion. You show them that a wave is coming - a tsunami of sweeping political change that will wash out all elected officials and corporate overlords who stand in its way.

That is, unless maybe they play some ball.

That's what Bernie showed them today - that the plans for the future start at putting workers on the board, and grow from their. Facing realities like that, Walmart and its very rich executives have caved, and want to look like they're on the right side of history before they get eviscerated by it.

Bear in mind, Bernie has already convinced Amazon and Disney to raise their wages too within the last year - all with similar tactics. And he's managed to engineer the passage of one of the most significant pieces of foreign policy legislation in modern American history, with the bill to stop the US' intervention in the Yemen genocide.

With a Democratic Party that has achieved nothing economically but the subjugation of wage earners and the 99% for 30 years, every single working person should be backing Bernie 2020. 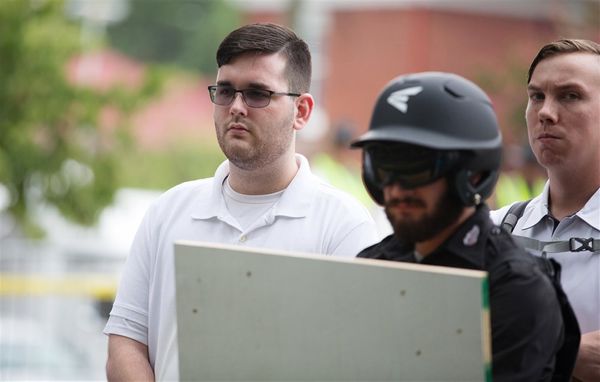 James Alex Fields Jr. has received his sentencing for the hate crimes and killing he perpetrated at the Unite the Right rally (pictured) in Charlottesville, on Aug. 12th 2017. 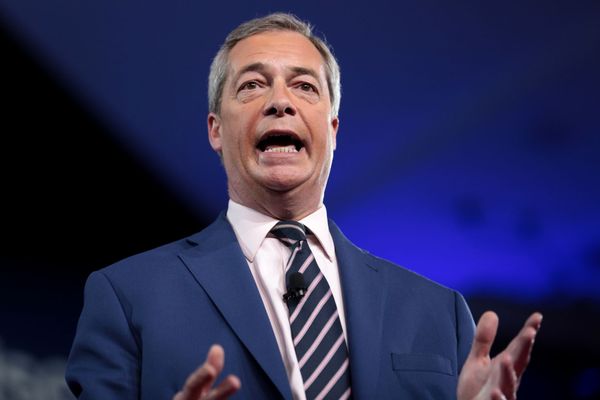 Nigel Farage today faced the potential of yet more dairy dare devil protestors, at a campaign stop in Kent. Find out what happened, with Polerium.