"Look, I think everyone in the nation can tell right now that this is a very sensitive & tough time. For us." said now off-duty high school drop out/Georgia police officer, Sgt. Keith Shauver. "Your egg McMuffins are late, you see so many innocent black people just walking about freely, and your arms ache from tossing crate after crate of unexamined, fresh rape kits in the trash all day", the officer exasperated. "It's tough to protect and serve."

"So, at the end of a hard day, I often like to head to the alleyway behind the local gun nut bar, where the real weirdos and Ted Cruz fans hang out, and violate more than just their rights."

"Oh yeah, they love it down there. They may be ammo-sexuals, but trust me, they've got a serious foot fetish."

"Once I jam my whole boot through that opening, like it was the back of an old helpless man's skull, those Trump boys & girls go wild. They're on that shoe like I smothered it in ranch dressing. Instead it's just 12 inches of cold, hard, rubbery authoritarianism. They love the dirty talk: 'step on me daddy, hissss' is a common favourite. But also, they seem to love 'choke me, sister' and 'harder, cousin'. That seems to really hit home with them, for some reason."

"They all seem to want a piece. Except that one weirdo who sits in the corner. Some guy named Ben, I think. He just sits in the dark at the table by himself all night, muttering really fast and illogically, running his tongue over a pair of high-heels he said he stole from some politician."

"But the libertarians and such - they got a craving for it. They love me doing all the classic domination stuff - which comes naturally to me, given the day job - whilst they slobber those lips all over the toe cap. They want it all. Spank them, choke them. Racially profile them. Throw them in the back of an unmarked vehicle, and speed around corners so they slam into the walls."

"Some do take it a little far though, and ask me to really beat them up; make 'em bruised, real commitment. And I'm like, 'hey, this is supposed to be just a casual thing, it's not like we're married.'"

"Yeah, it's a wild night, and man it's a hell of a way to take a load off. Literally. I do worry about knocking one of them up, sometimes (not with my fists), but luckily for me I shoot blanks. Not at protesters, though." 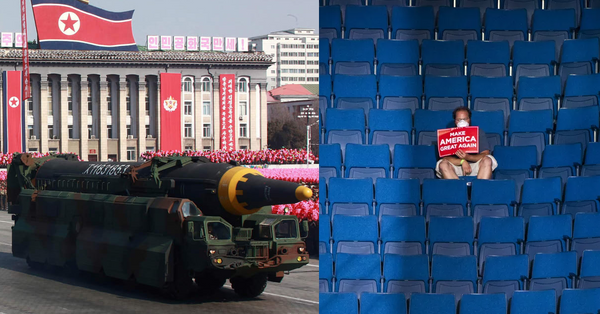 North Korea has announced that it will immediately pull funding from its nuclear weapons program and instead start investing millions of dollars in its music industry, after surprising news reached the nation that Pres. Trump's Tulsa rally humiliation was engineered by thousands of teen K-Pop fans. 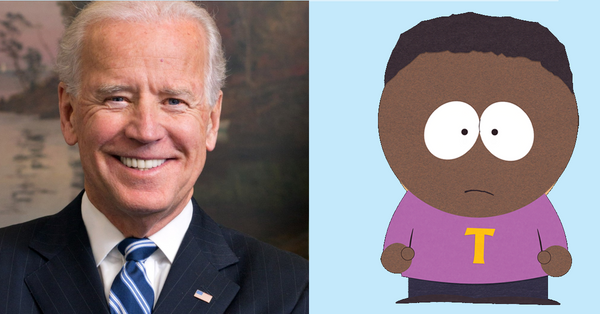 Despite his promise to nominate a woman, as well as an actual real life human being, Joe Biden has announced his pick for VP on his 2020 ticket as the fictional character from South Park, Token Black.