It’s no secret the the planet is on a collision course to disaster. We’ve got just under 12 years to get greenhouse gasses to an acceptable level, such that we slow warming of the planet below 1.5C. Beyond that, the risk of extreme flooding, drought, sea level rises, extreme heat and poverty for hundreds of millions will be heightened enormously.

Remember, the reason this - and virtually every other major societal problem on Earth - isn’t solved, is because of money in politics. Well, it’s a good thing then that some leftist, progressive representatives in the most powerful economy in the world have stepped up.

What is the Green New Deal? It’s the first major framework released in the US government for tackling Climate Change. It’s non-binding, however - meaning it’s not a proposed law up for a vote that would become law. Rather, it’s a template, a gold standard against which actual laws to combat the climate crisis will be drawn.

As expected, it calls for the shift to 100% renewable energy in the US within 10 years. In addition, it mandates the upgrade of all existing buildings to be energy efficient. A tall order, but no less is needed to literally save the world. Those who cannot afford to reach the new standards in their homes won’t be left out or penalised - financial assistance will be provided for the poor and middle class who need it. This is about saving everyone.

The plan calls for working with farmers to eliminate greenhouse gasses as much as is technologically feasible - an exciting proposal, as the agricultural industries are a major source of the pollutants.

AOC and Sen. Markey want to overhaul the transportation system in the US in big ways: rapidly increase the capacity of high speed rail so that commercial flight within the US becomes unnecessary. And they want to make electric cars the norm, creating electric charging stations everywhere to support this, and applying other measures to transition the industry.

Big ideas - but again, nothing less than huge is needed. We need to mobilise the kind of effort and ingenuity that we fought World War 2 with to win this war against corporate greed and pollution.

Remember though that this newly released plan is only a resolution in Congress - a framework. Over the next few months, AOC, Sen. Markey, and I’m sure other lawmakers such as Bernie Sanders, Ro Khanna and others will introduce or co-sponsor bills that flesh out these proposals into concrete detail, and turn them into law.

And in my opinion, there is much more that can and should be proposed. But this is an amazing start.

Power of The People

Remember that America, as well as being one of the world’s biggest polluters, is the greatest engine for change - or the lack thereof - in the world, due to its enormous power. They’ve been solidly dragging their feet for decades, but the excitement this new plan has sparked, thanks to the efforts of the Bernie Sanders left, just show what is possible under progressivism in America, and gives hope for a sea change in the US that will wash over the world.

Indeed, the Green New Deal is already enormously popular with the almost the entire United States. In recent polling, 81% of Americans support the plan - 81%! That is absolutely enormous. Rarely do you get such support on major an issue as this.

And it’s not just Democrats or Independents backing the deal - 64% of Republican voters are for it, including 54% of self-identifying conservative Republicans - those on the rightmost end of the party.

That’s incredible, and a cause for much hope. They recognise that plans like this are not just an investment in the future of the planet - which should be more than enough to get everyone on board - they’re also a major source of economic investment. Take Sen. Bernie Sanders’ 2016 plan for spending $1 trillion over 10 years in a green infrastructure plan to rebuild America’s infrastructure. That would put 13 million Americans back to work in well paying, secure, planet-healthy jobs. A huge economic boost.

Other Green New Deal ideas like those in this plan would do the same.

No One Gets Left Behind

An extremely important aspect of developing our world is to not forgetting those whose lives and cultures must be protected and carried with us, in the wake of that expansion. AOC had this to say about making sure that indigenous and minority communities are guaranteed the same protection, opportunity, and financial aids that they need in order to thrive under this deal, along with everyone else:

“There is no justice and there is no combating climate change without addressing what is happening to indigenous communities. That means there is no fixing our economy without addressing the racial wealth gap. That means we are not going to transition to renewable energies without also transitioning frontline communities and coal communities into economic opportunity as well. That is what this is about. It is comprehensive, it is thoughtful, it is compassionate. And it is extremely economically strategic as well.”

As mentioned, this deal is wildly popular - it seems the only ones against it are those in power. In an interview with Politico on Wednesday, House Majority Leader Nancy Pelosi said:

“It will be one of several or maybe many suggestions that we receive. The green dream, or whatever they call it, nobody knows what it is, but they're for it, right?"

That’s particular and very deliberate shade. For those who don’t know, Pelosi has been on of the top players in Democratic politics for years. She’s a figured and a chief agent of the establishment, and the corporate Democrats. She’s been the leader of the Democratic Party in the house for more than 10 years, and her latest battle for re-election was indeed a bit of a battle. The progressive wing of the party did not want her in power again, because they don’t want her pushing the corporate, centrist agenda.

Well, after the heat from the progressive base in that race, she doesn’t want it to appear the limelight of dealing with Climate Change - something she’s identified as a signature issue of hers, before - be taken away from her. She doesn’t want her power and legacy challenged. But of course it should be.

What major initiatives and no holds barred power plans like this has she put forth? None. Whilst she was more gracious to the GND in recent comments, on Thursday:

"Quite frankly I haven't seen it, but I do know that it's enthusiastic, and we welcome all the enthusiasm that's out there," she said at her weekly news conference. "I'm very excited about it all, and I welcome the Green New Deal and any other proposals."

…Pelosi is showing AOC that AOC is just a small fish in a big pond, when it comes to within the walls of Congress. Something I don’t necessarily agree with, as although Pelosi by the rules of the House has plenty of power, and by the favours she holds in the party plenty more, AOC has the people. Lots and lots of people. The public support this deal, and similar progressive efforts. That’s why AOC, Bernie, Warren, etc are so popular.It’s about the policies, baby - real dedication to actually helping people. Not just your rich corporate backers. So, will Nancy Pelosi and the Democrats take these proposals up en masse in the House, and in the Senate? Will they fight for Earth, and for the future?

Probably not. They’ll for corporate profits, and the super-wealthy’s take home pay.

There’ll be a good few Democrats who know what the right side of history is for sure, but more work will be needed to politically bash down the doors of the house that money built, and turn it back into the house of the people.

With a whopping 81% of people supporting this plan already, if Nancy Pelosi - who claims she should be in power because she’s a ‘master legislature’ - and the Democrats don’t get this deal passed in earnest, it’s not possible, it’s because they don’t want to. End of.

But we can do it. We will do it. This is a bold first step in the ideas and energy we need to save planet Earth, and the human race. 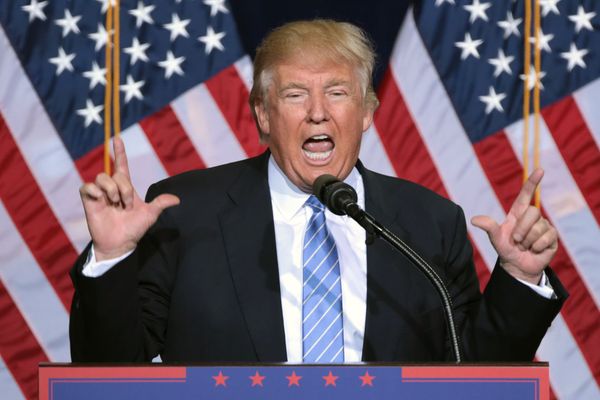 Trump uses a disgusting mocking reference to a mass genocide of Native Americans, in a jab on Twitter at one of his political opponents, Sen. Elizabeth Warren. 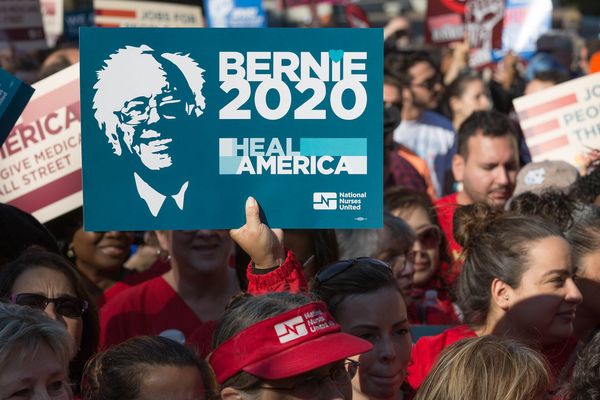 "Bernard is capable of the most astonishing hard work... he will do it.... he will give it 100%" Larry Sanders finishes our talk on Bernie 2020 and the future of the Green Party.